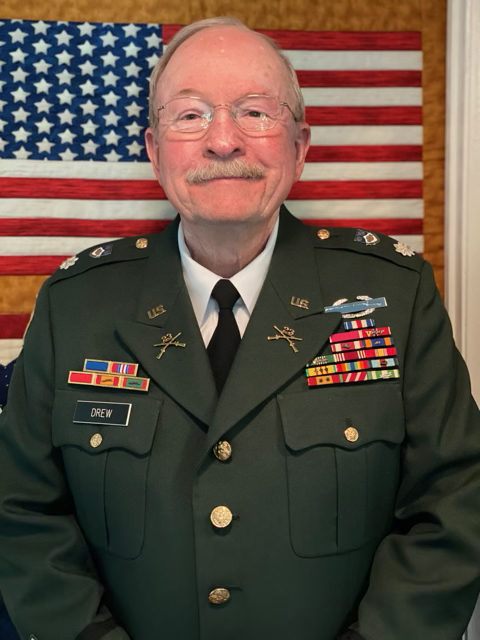 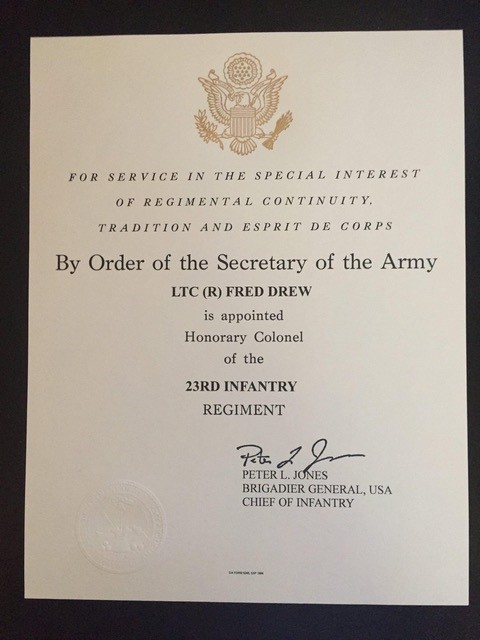 Welcome to the Official 23rd US Infantry Regiment Website. I hope it will be something you visit from time to time in the future. Publishing this Website along with the “We Serve” Journals, which is included herein, has been my goal since becoming the Honorary Colonel of the Regiment a few years ago. With this website, I hope to provide a platform for all Tomahawks to communicate with each other, learn more about the Regiment’s history, remain connected with the Regiment and learn about what the current Tomahawks are doing. I want this website and the We Serve Journal to be a place for all Tomahawks to continue to share with each other in the long successful history and tradition of the Regiment.

The active duty Tomahawks are now carrying the burden of those who came before them and who were successful in combat. How they train today is how they will fight tomorrow.  And I can tell you that all three of the current active duty Tomahawk Battalions are training to fight and win in battle.

I hope you enjoy this, your Tomahawk website, and the included “We Serve” Journals.  Give me feedback and communicate on the Website so we can continue the long-standing heritage and reputation of the Tomahawks that has been built with a winning history  over more than 200 years.

THIS IS WHO WE ARE

The 23rd US Infantry is arguably the most-travelled regiment in the whole US Army. The 23rd, nicknamed ‘The Tomahawks’, is currently composed of two infantry battalions stationed at Joint Base Lewis McCord, Washington and one at Fort Carson, Colorado along with a several hundred strong contingent of retired Tommies located throughout the world.

The Tomahawks of the 23rd Regiment have quite a story to tell. Throughout our eventful history the 23rd has been America’s ‘go to’ formation whenever some issue requiring force needed sorting out. Elements of the 23rd (in some instances to ten-man detachments) have served in Afghanistan, Alaska, Arizona, California, Cambodia, Colorado, Georgia, Idaho, the Indian Territories, Iraq, Kansas, Louisiana, Michigan, Nebraska, New Mexico, New York, Oregon, Texas, Washington (Territory and State), Wyoming, the European Theater, Japan, South Korea, North Korea, Mindanao, Moroland, Vietnam and the Philippine Archipelago!

Little wonder our rather unusual coat of arms depicts two troopships sailing around the world. Do we ‘circumnavigate the globe’? We certainly do.

Read more about our Regimental history in other places in this website and in the attached We Serve Journals.